Site 77 was originally formed in January 1990 by Mike Meiris and Mark Lambley.

The business was conducted from a yard at the rear of 77 Aylesbury road in Aston Clinton, hence the name.

For the first five years Mike and Mark put in the hard graft needed to build up a successful business, working a seven day week, with all deliveries and collections being made by the only vehicle, a 1978 for D Series, with no power steering and the loading and unloading was all by hand.

In late 2000 Mark left Site 77 as he was relocating to Newmarket. Not long after, Derek Morgan joined Mike as a partner and was largely responsible for the development of the architectural warehouse.

It was also around this time that the team moved and consolidated yards in Aston Clinton, Wendover and Chesham into one large yard in College Road in Aston Clinton, so that all the materials and staff were in one location. The site comprised over one acre of hard standing plus 9000 square feet under cover.

In June 2011 Site 77 relocated to Addington business park, just outside Winslow, Buckinghamshire. With this site being sold on 2017, Site 77 moved into a new yard, with outside & undercover storage, just down the road, at the Station Road Industrial site, in Winslow. 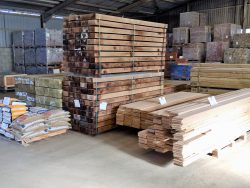